There’s one thing that Russia have given to the world that we love them for (Okay, two things if you include Vodka) and that’s the Kettlebell! This multi-functional weight is endorsed by celebrities alike and promoted by anyone who is anyone in fitness. Today, we’re going to show you what they’re all about, how to get the best out of them and that if you want to be part of the cool crowd you need to start referring to them as ‘bells. 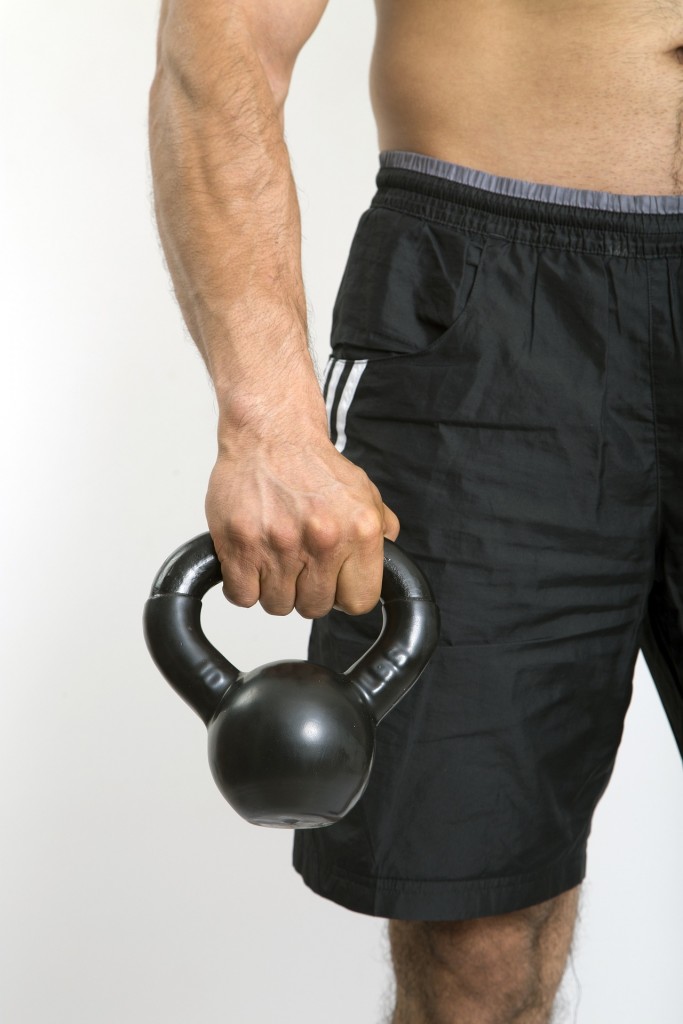 If the Russian pun went over your head in that opening paragraph, then it’ll be useful to know that the Kettlebell was developed in Russia during the 1700’s. It’s said that the Soviet army used them as part of their physical training as well being used by farmers primarily for weighing crops. So it’s nice to know that 300 odd years later that this useful tool for Russian farmers is being flung around in gyms up and down the country. These weights are specially named in 2016 due to their resemblance of the tea kettle.

Kettlebells are incredibly versatile training tools. They can do everything from fat burning to muscle gain. More recently, they’re being used for physiotherapy purposes as the correct moves can alleviate back and neck pain. They differ from traditional dumbbells due to the shape of them and the handles they possess.  The sheer awkwardness of them means that they have to be swung as well as lifted which activates more muscles in the core, back and shoulders than just the arms as with a normal dumbbell. It basically gives meaning to the phrase, “If it hurts, it works!”.

Kettlebells are garnering more attention every day due to their celebrity endorsement. They’re the staple of many celebrity’s workouts when preparing for movie roles including Angelina Jolie and Matthew McConaughey who use them to shape and tone their core, chest and legs. They’re the basis for compound exercises because 20 minutes of these exercises are believed to be more effective than 60 minute traditional workouts. Another advocate of the kettlebell is Gerard Butler who got his great physique for his role of King Leonidas in 300. Director Zack Snyder wanted his cast to prepare for the role with ‘traditional’ methods so that they didn’t look perfect or sculpted. Rather that they look strong. Judging by the sheer size of the Spartans I think this was achieved.

Many believe that the kettlebell holds a greater advantage over the traditional dumbbell. The wide handle means a particular grip has to be undertaken which challenges your grip and flexibility stabilisers. The handle is also a couple of inches away from the weight which means that the kettlebell is more difficult to hold than an average weight. The constant fighting and battling with the weight means it activates more muscles in the body as you try to stabilise yourself and counter balance. Using kettlebells is the perfect combination of strength and cardio training due to the amount of body movement that’s needed. Michael Shade of Sports Club/LA in Miami says, “It’s great because it brings cardio and strength training together in one quick exercise. Instead of lifting weights for a half-hour and doing the treadmill for another half hour, you can get everything done with kettlebells in 20 minutes”.

More and more people are opting for the kettlebell over any other weight in modern gyms due to the time efficient results they produce. According to the American Council on Exercise (ACE) by performing functional exercises involving a kettlebell, then you’ll burn 400 calories in 20 minutes. Which is much greater ratio of calories burnt over a period of time than traditional dumbbell exercises. By this logic, it would be insane to not consider the kettlebell into your everyday workout.

As I mentioned earlier, kettlebells are great for physiotherapy purposes. Used in the correct way, they can help with neck and back pain. Using a light kettlebell to start with, this will stretch out muscle in the shoulders, back and neck. Simple kettlebell moves such as kettlebell rows will strengthen muscles in the back and shoulders which will help with any discomfort that people may experience due to sitting at an office desk all day. Kettlebells are also useful if recovering from an injury as the control needed to lift them activates more muscles fibres than standard dumbbells. So lifting light kettlebells will help strengthen any muscles in the back, shoulder and neck region.

As with anything, it’s always sensible to start off light when you’re attempting kettlebell lifting for the first time. Build up to bigger weights over time and also increase your reps when you’re feeling more confident.

To perform this, start with your kettlebell in front of you. Squat down to pick it and when standing back up, drive the kettlebell up to your chest. Keep your back straight while driving the weight through your heels. When at the mid chest point, squat back down to return it to the ground. (10 reps, 3 sets)

Start with one kettlebell in each hand. With your arms tucked into your side and your hands pointing up, grip the kettlebells with the weight resting on your forearms. Drop into a squat position and then on your way up, straighten your arms and drive the kettlebells up. (10 reps, 3 sets)

Try these 3 moves to begin with and move onto more advanced moves once you become more accomplished. 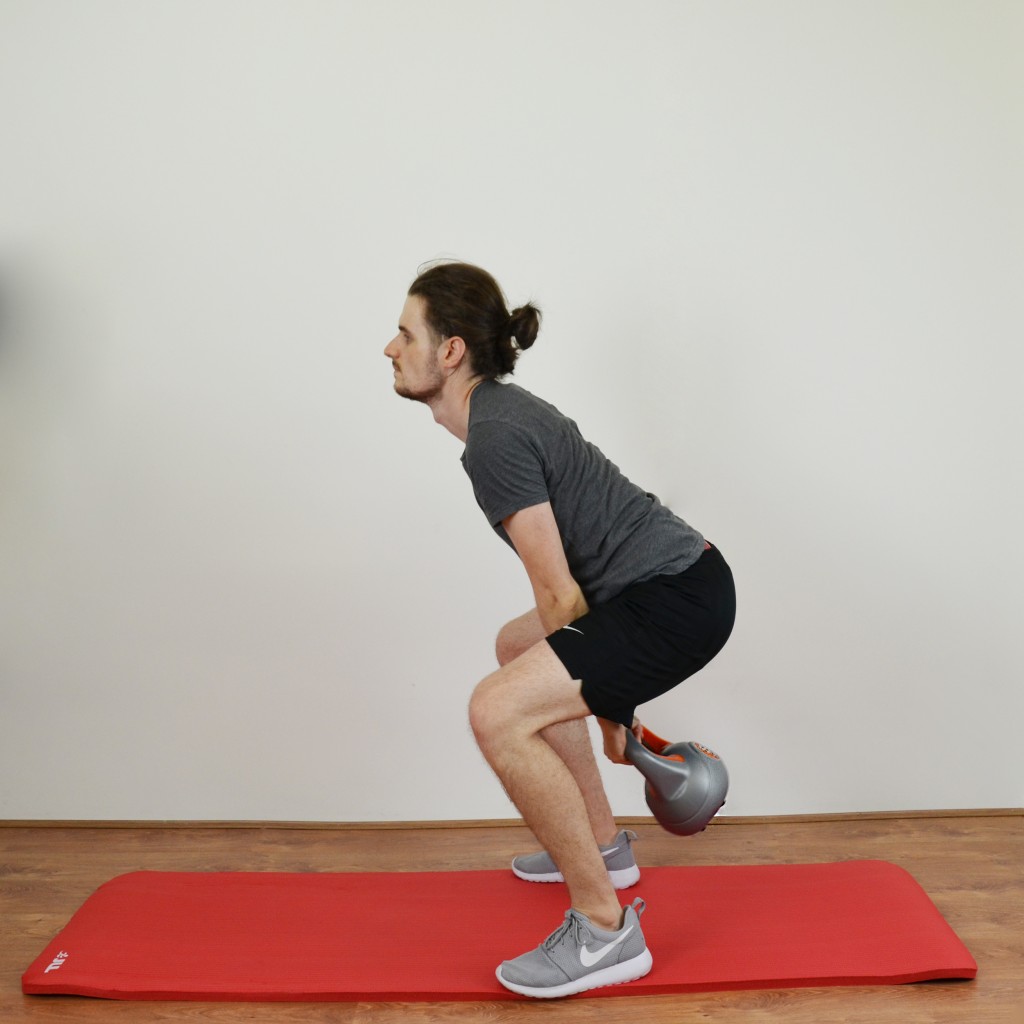 Thinking differently about kettlebells now? It’s one of the oldest fitness tools going but is massively coming back into fashion. To build a physique that’s old school then you definitely can’t go wrong with kettlebells.

Visit www.jllfitness.co.uk to see our full range of kettlebells. You can also purchase them from our eBay and Amazon shops.